How to create a new task in Slack Print

There are many ways to create Workast tasks in Slack:

Creating a task using /todo directly in a channel

The task is now created in the channel or conversation.

All participants of the channel can view the task.

The task composer in Slack allows you to create a task in any Slack channel without having to move to that channel.

To use the task composer: 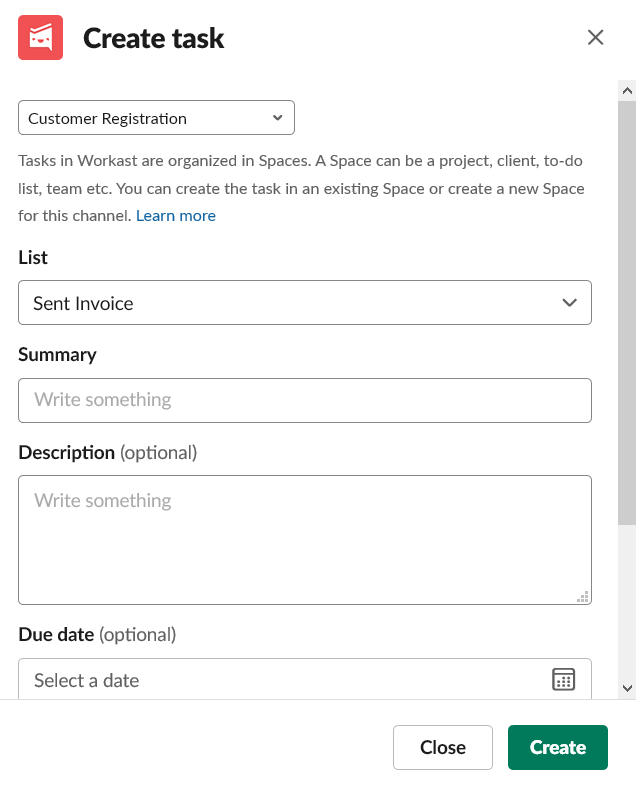 Please note that using the task composer will only create a task creation message in Slack if you create the task in your current channel.  Otherwise, you will receive confirmation of the task creation but it will be only visible to you.

Turning a Slack message into a Workast Task

You can create a task from an existing Slack message that has been posted in a channel.

To create your task:

You can also create a task using Slack's shortcut button, designated by a lightning bolt.

To use the shortcut key in Slack: 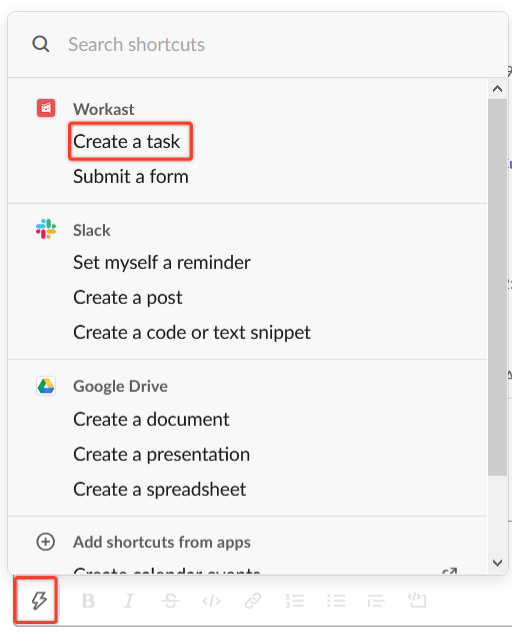 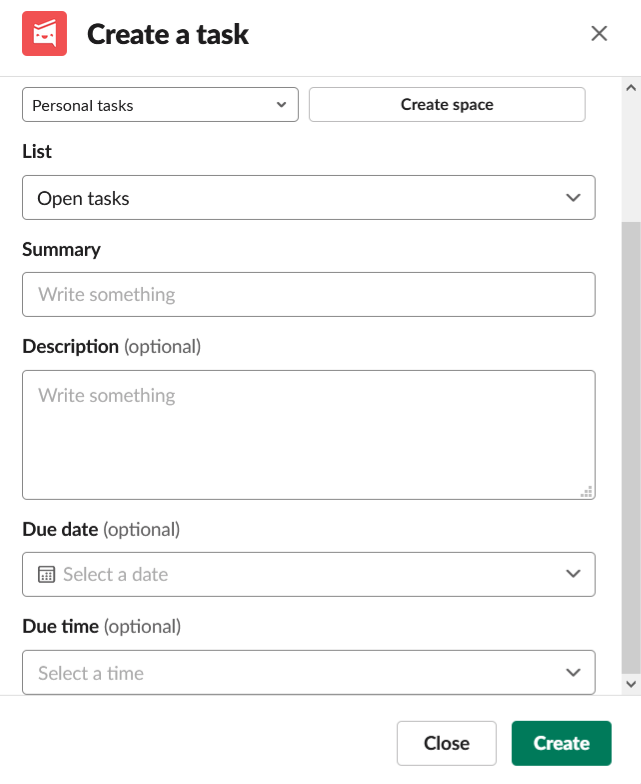 "Create a task" buttons can be found in the Workast home screen, at the bottom of daily reminders,  and after using the /todo list command.  Click on it to open the task composer as explained above.

B
Barb is the author of this solution article.

Did you find it helpful? Yes No

Send feedback
Sorry we couldn't be helpful. Help us improve this article with your feedback.