Welcome to Workast! This is a quick guide to show you how to use Workast in Slack.

Once Workast is installed into the workspace, all full members of your Slack team can access it.

Team members can be invited to use Workast or they can take action in the app themselves.

Examples of action include (but not limited to):

What is a Space?

A 'Space' is the term used to describe your project. A space can be a list of tasks, event, customer, sales pipeline, product roadmap and so on.

How to create your first Space

You will have two options: 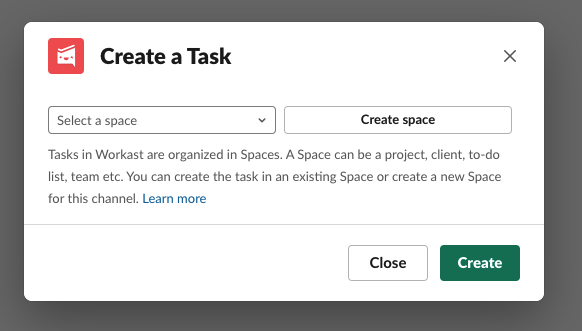 To create a new Space: 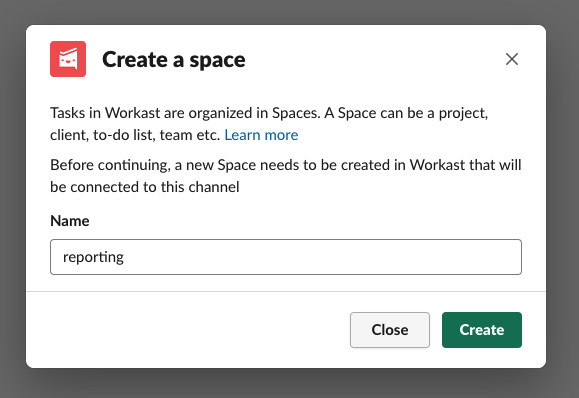 You have now created your first Space. You can click on the blue link to open the Space in Workast web app (browser). Now that you have a Space, you can start creating tasks in the Space.

How to create a task in Slack

Using /todo to create a task

There are two other ways to create tasks in Slack:
Click the above links to learn more.

Assigning tasks is important in Workast because it gives your task an owner, someone that is responsible for the work. When you assign a task to a team member, they are notified that they have a task to do in Workast through the 'workast' app under "Apps" in Slack.
Example: /todo End of financial year reports @kayMiser Thursday 10am
Click here for detailed information about assigning tasks in Slack.
Due Dates
Due dates are important in Workast because the date is used to send a reminder to the assigned person that the task is due. Without a due date, tasks can get lost and forgotten about.

Click here for detailed information about setting due dates in Slack.

How to see all the tasks in a channel in Slack

To see all the tasks in a Slack channel, type /todo list and press enter.

This will bring up all the tasks in the specific Slack channel you are in.

Completing a task in Workast

Once the work has been done on a task, the task can be completed. 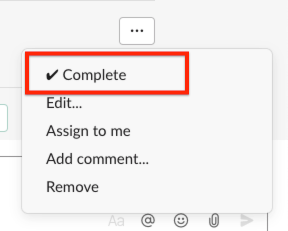 To take more action on a task, type /todo list to bring up the tasks in the channel.

Here are further actions you can take on a task:

Notifications for all tasks that you are following or assigned will be shown from 'workast' in the Apps section in Slack.

Types of notification include:

You can customize your notifications in Workast by logging into the web application.

How to set up project stages in Workast

Lists can be the stages of a project, the category of work, the status that tasks go through.

Here are some examples of Spaces that have lists: 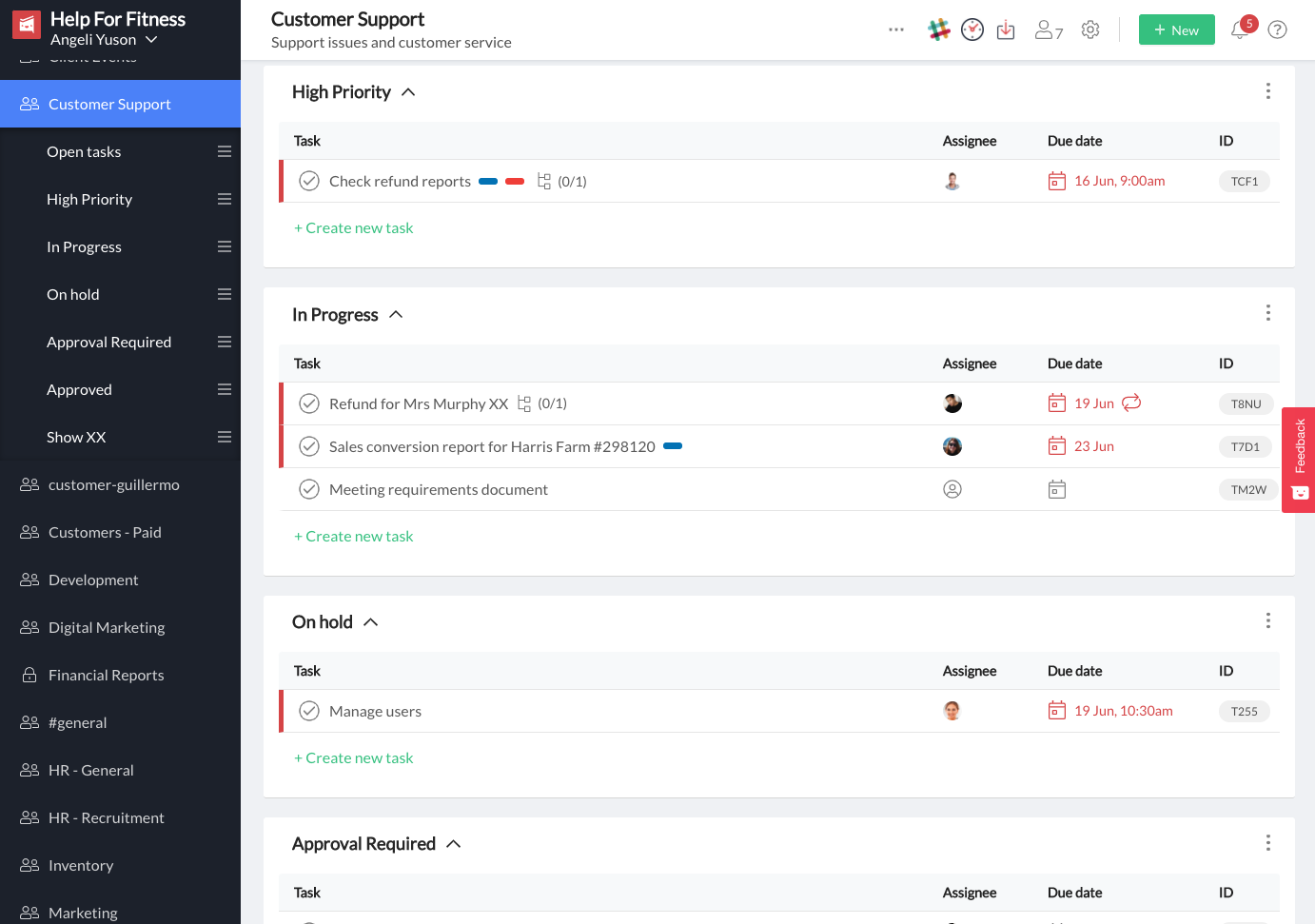 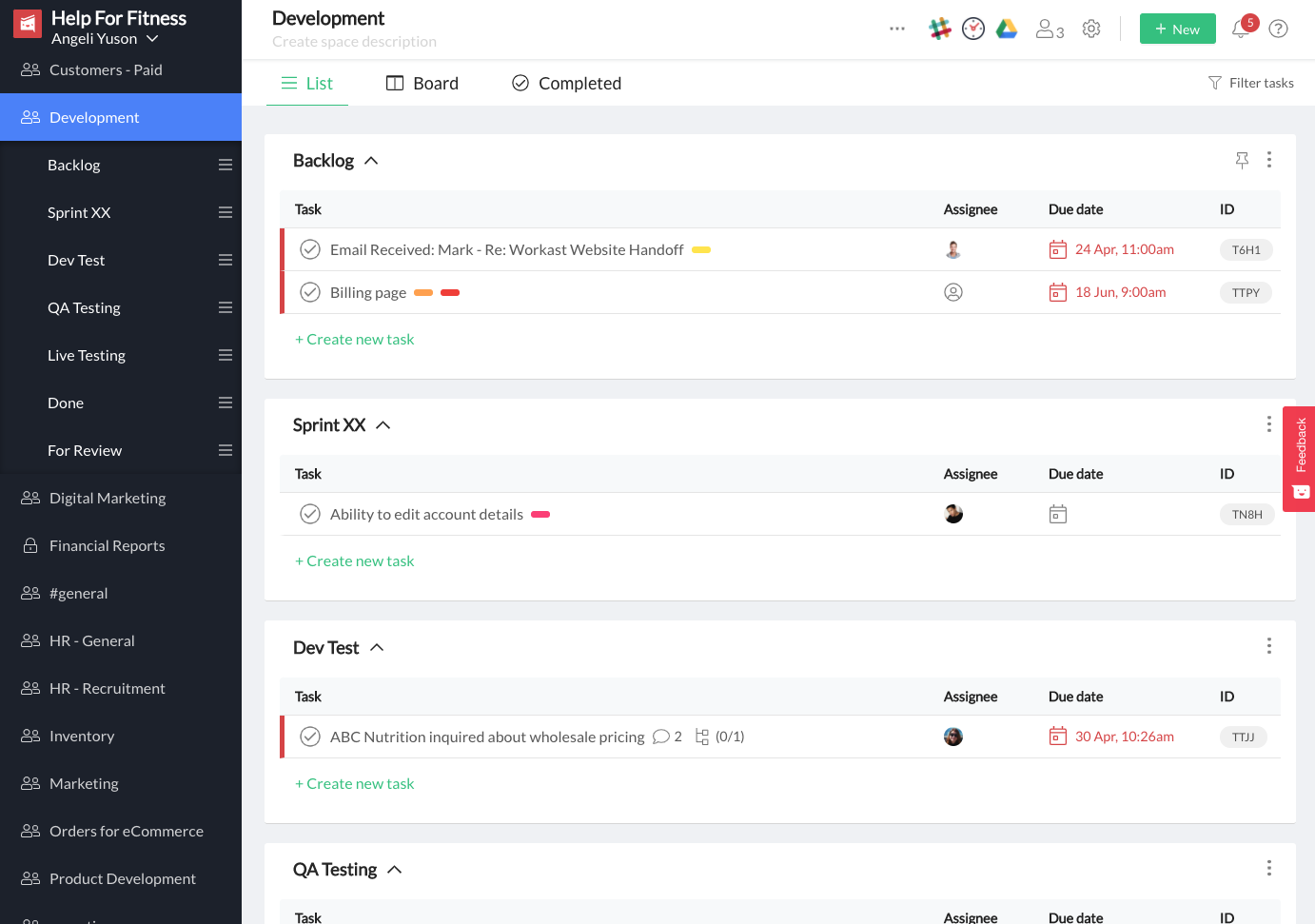 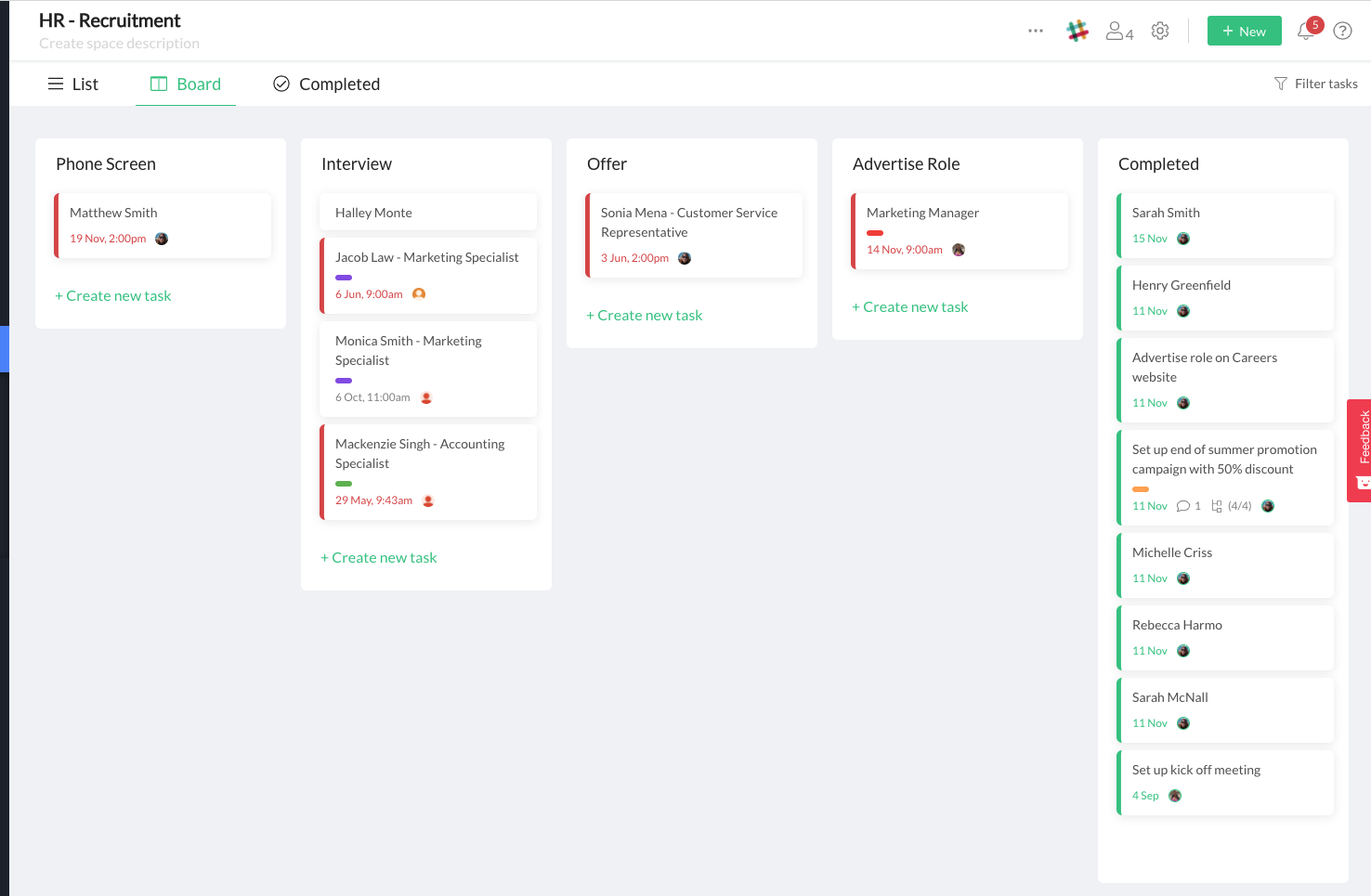 Once these lists have been set up in Workast web app, you can create tasks to different lists in Slack using the task composer.

A
Angeli is the author of this solution article.

Did you find it helpful? Yes No

Send feedback
Sorry we couldn't be helpful. Help us improve this article with your feedback.